A dome-shaped room modelled after an igloo with simulated Northern Lights flickering on the walls and temperatures between 18°C to 20°C may not quite fit the image of what many have of a meeting room.

But over at Huone – a Finland-based “events hotel” which opened its doors in Singapore less than two months ago – its meeting and conference rooms that are available for rent look nothing like the conventional boardroom setup of bare tables and chairs. In the 20,000-sqft space tucked away in the third storey of a shophouse located in Clarke Quay, each meeting room is designed according to a unique theme. The 11 rooms, ranging from an igloo, a theatre, a forest, a bird’s nest to a Finnish summer cottage house, can hold business meetings and corporate events ranging from 15 to 150 people.

Apart from playful designs – having swing chairs suspended from the ceiling and a long table that doubles up as a catwalk – each meeting room is equipped with audio and video facilities, soundproof walls, and custom-built furniture that facilitates flexible arrangements. The “Swing” room, which can accommodate 18 people, has a treehouse and swing chairs suspended from the ceiling. (Photo: Tang See Kit)

The Helsinki-based company, founded by husband and wife Jussi and Evon Soderlund in 2012, ploughed in nearly S$2 million for the interior designs of its Singapore venture, according to Singapore chief executive Joewin Tan. But she said the hefty investment is worthwhile as there is rising demand among businesses for unusual meeting rooms and event spaces.

“There are MNCs (multinational corporations) and SMEs (small- and medium-sized enterprises) looking to do their meetings in a different setting but can’t find an unconventional space,” Ms Tan told Channel NewsAsia.

While managing her own events firm previously, Ms Tan said she has seen clients opting to hold meetings on yachts and even the beaches in Sentosa. “They want something different but not all of these places are suitable for meetings. This is where Huone comes in.”

Amid a boom in co-working spaces, more on-demand offices and workspaces are sprouting up in Singapore. But with Huone’s primary focus on meeting and conference rooms, alongside event consultation and programme management services, Ms Tan said the company is looking at challenging established hotels that have long dominated the MICE (meetings, incentives, conferences and events) market in Singapore.

Industry experts told Channel NewsAsia that Huone’s creatively designed rooms could give it an edge.

“Firstly, it’s riding on the tremendous change in the occupier market. Secondly, companies favour such meeting rooms and it’s not just the creative industries. Sometimes, they just want to conduct a workshop or a brainstorming session outside. There are meeting spaces in hotels but this is way more creative,” said Mr Desmond Sim, head of CBRE Research for Singapore and Southeast Asia.

“For now, it is not big enough to challenge the hotels but if it can grow in size, who knows,” he added.

However, Huone’s entry comes amid a weakening economy where most businesses are keeping a tight ship by being disciplined in spending. While there are fewer companies with big spending budgets, Savills Singapore’s research head Alan Cheong noted Huone’s “first-mover advantage” in a market dominated by conventional offerings could help it attract customers, particularly those from bigger companies.

Huone’s Singapore team is similarly optimistic. Ms Tan said: “Not every business has the budget of Google or Facebook that can build multimillion-dollar premises. Instead of committing big spaces and heavy renovation costs to build creative meeting rooms, it makes more economic sense for companies to seek such on-demand meeting spaces on demand.”

So far, response has been encouraging, with the second-biggest “Theatre room” being the most popular choice, Ms Tan said. Prices for all rooms range from S$80 per person for a half-day package, which includes a coffee break and lunch, to S$110 per person for a full-day meeting.

“We offer a fresh take on how meetings should be. Not only are we a creative and flexible space, we also have in-house consultants to provide event advice,” said Ms Tan. “We like to say that we want people to fall in love with meetings again.”

There are hotels in Singapore that are offering unconventional options when it comes to hosting business meetings.

Hotel Jen, formerly known as Trader’s Hotel, rolled out a “Next Jen Meeting” program in 2016, replacing some of its oblong tables and banquet chairs with bar stools, high tables, bean-bags and coffee tables.

Despite that, general manager Vathsala Subramaniam noted that most of its customers “still prefer the main meeting rooms to be traditional with a clutter-free set-up”.

However, the hotel did observe “an increasing interest … to explore new ways for coffee breaks or activity sessions”. For one, Ms Subramaniam cited the example of how the hotel recently hosted a group of corporate clients who opted for “aqua-fitness” as an activity during the meeting break.

“What started with hesitancy with the participants, ended up as one fun break session. The hotel also recommends a run in the Botanic Gardens or a walk with a picnic basket.”

Moving forward, Huone plans to ramp up its footprint in Singapore with two additional spaces over the next three years. Apart from central Singapore, it is eyeing presence in the west where there is a growing cluster of MNCs, said Ms Tan.

But finding the right space could be a challenge, given that the company took nearly nine months to find its first home in Singapore.

“First of all, a space of 20,000 sqft is not easy to find. We also need a car park and a kitchen. These three things don’t usually go together,” the Singaporean explained. “For most office buildings, you need to exchange for a pass. If we have 200 people coming for an event, that will be a logistics problem and with that, we had to strike out many locations that were available.”

Huone’s status as a new market entrant and novel business concept also meant that the firm had to go through a “long process” of explaining its model to the landlords.

“We are a new concept after all and it takes time to educate people about the value we can bring. But our landlord understood us and saw us as a good complement to the other tenants here.” 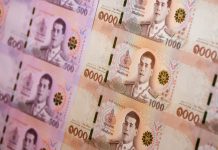 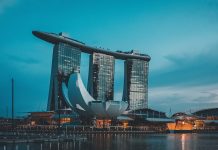 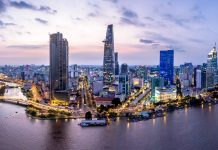 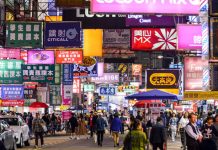 Thailand’s Bid to Back Local Startups