Are tech wearables just a fad that will pass? The Sony Walkman, the Nintendo GameBoy, and the iPhone; all devices that define a generation of gadgets and gadget buyers. For all the talk about wearable smart devices, there is no iconic device to rival any of those. Coupled with some worrying sales figures, the tech world is wondering if wearables were just a fad.

For now, it’s only fitness bands that are suffering, with weak sales for brand leaders Fitbit and Jawbone. Cue a new generation of so-called “performance fitness watches” from the likes of Garmin, TomTom, Polar and Suunto – and also a beefed-up Apple Watch and Samsung Gear S3, the brand leaders – alongside smarter efforts from traditional watchmakers like Fossil and TAG Heuer.

But there’s a problem; many people don’t wear watches. Not even smartwatch makers, it seems.
“I am always confused as to what smartwatches are for when we have smartphones,” said Eric Xu Zhijun, Huawei’s chief executive, during the company’s Global Analyst Summit 2017 held in Shenzhen earlier this month. No-one expected him to say that, but it’s true; who even needs smartwatches and wearables?

“A core improvement to the wearables market will be untethering the wearable from your phone,” says Alex Brodie, partner at global law firm Gowling WLG and chair of its tech sector. “Each wearable will become a computing node within the network, which will bring new demands regarding computing ability and processing power.”

She warns about the new set of “smartphone wars” in the near future, although she thinks that the biggest problem will be defining what a device actually is; wearables will very soon simultaneously be smartwatches, computers, phones, fitness trackers, and even mobile TVs.

Despite 5G still being a few years off, the first generation of untethered smartwatches is imminent. Analysts are predicting that Apple will release a cellular-enabled version of the Apple Watch during 2017, a trend already started by the Huawei Watch 2, which can be fitted with a SIM card.

CCS Insight predicts that 9 per cent of smartwatches will be cellular-enabled in 2017, growing to 12 per cent by 2021. However, for wearables to really take advantage of the always-on 5G era, some advances in materials science will be needed, as well as changes in how we interact with gadgets.
With all wearables – and even phones – slimness, lightness and flexibility are the ultimate goals. For that, you need flexible electronics throughout the watch or fitness band and, ultimately, on smart clothes.

Duke University’s “spray-on” digital memory could be used to build programmable electronics on paper, plastic or fabric and replace traditional circuit boards. To demonstrate a simple application, researchers connected the device to a simple circuit to display four LED lights in different patterns.
Announced recently was the so-called “spray-on” digital memory, which could be used to construct programmable electronics on paper, plastic or fabric. Using only an aerosol jet printer and nanoparticle inks, researchers at Duke University in Durham, North Carolina in the US, created the first fully printed digital memory device. It resembles (and could replace) a USB flash drive, which uses an inflexible series of silicon transistors.
“Memory is kind of an abstract thing, but essentially it is a series of ones and zeros which you can use to encode information,” said Benjamin Wiley, an associate professor of chemistry at Duke and an author on a paper published in the Journal of Electronic Materials. I’ve been researching making a self-healing lithium ion battery, so when you drop your cell phone, it could fix itself and last much longer. “Most flash drives encode information in series of silicon transistors, which can exist in a charged state, corresponding to a one, and an uncharged state, corresponding to a zero,” said Wiley.
The printable, silica-coated copper nanowire capable of storing digital information is about the size of a postage stamp and, best of all, it dissolves into a liquid that can be sprayed through the nozzle of a printer.

For now it’s small, and not able to store much in the way of data, but it could lead to sensors built into almost anything. Think clothes that measure your heart rate, your blood pressure and how steps you’ve taken – and more accurately than any existing wearable device – as well ambient temperature and carbon dioxide levels wherever you are.
There are other innovations just as important for wearables. Last month’s American Chemical Society saw the unveiling of a material, modelled on the properties of human skin, that can heal itself. In theory that could make wearable devices impossible to break. “I’ve been researching making a self-healing lithium ion battery, so when you drop your cell phone, it could fix itself and last much longer,” says Chao Wang, a doctoral student at the University of California, Riverside, who was inspired by Wolverine from the X-Men, who can heal himself. Wang’s team discovered a new chemical bond by pairing a stretchable polymer with an ionic salt to produce a material that can stretch up to 50 times its usual size. After being torn in two, the material automatically stitches itself back together inside 24 hours.
Being flexible and hard to break will help wearables, but they also need to offer genuinely new functionality. Cue augmented reality via head-mounted displays that, given the success of Pokemon Go game on smartphones, seem to have a rosy future for entertainment, let alone product design and teaching.

Can Siri or Alexa replace your need for friends? Well, maybe – but that may not be a good thing. Seeing close fields and far fields in the same scene brings head-mounted displays into the realm of more human-friendly electronics, which is really about improving the way we interact with wearables of all kinds.

Although it’s owned by Amazon, Alexa is turning up in wearables such as the CoWatch, Omate Rise and Martian Guess Connect smartwatches. Touch alone is used to control the Hykso punch tracker, which measures the speed, rotation and impact of a strike in boxing training. Its user interface consists not of a touch screen, but of sequential taps and knocks, and they’re switched on by a double tap. Meanwhile, the likes of the Fitbit Blaze and Garmin Vivosmart HR fitness bands, and the Vuzix Blade 3000 smart sunglasses, already use mechanical vibrations to signal notifications.
With new tech enabling new form factors and fewer design restrictions, the Wearables 2.0 era is imminent. 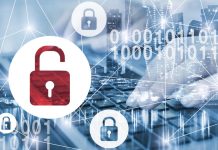 A short restart away from better security and user experience